Benefits of Early Childhood Education and Professional Care of Children 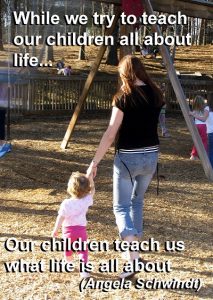 Children! Who doesn’t love those adorable little blighters? Seeing them laughing, smiling and learning, reminds us that there is hope for the future. Do you want to be reminded that we have not all been corrupted by the vices of this world yet? Then look to the example of the children.

But children aren’t all fun and games. Someone has to take responsibility for ensuring their welbeing. If you think you’ve got what it takes, then perhaps a career in childcare is for you.

According to scholars such as Davis et al. (2014), early childhood educators are taking on an increasingly significant role in supporting the emotional and social welbeing of children. This is due to a combination of factors, including the increased reliance of families on childcare services and ongoing improvements in the understanding and practices of childcare and early childhood education professionals. As noted by Williamson et al. (2011), regulation and accreditation bodies are increasingly active in ensuring that standards of competency and professional practice are set and maintained.

Despite the ongoing improvements in the industry, in late 2014 the ABC reported that childcare service providers were creating an unofficial blacklist of course providers from the education and training sectors whose graduates they saw as unsuitable for employment in the profession (Branley & Hermant, 2014). ABC discussion program ‘The Conversation’ (2014) suggested that some Registered Training Organisations adopted a ‘tick and flick’ method of passing students that was more focused on money making than it was on effective assessment.

Based on this it is clear that there is a need for quality education and training providers to step up to the proverbial plate and help both the childcare industry and those who aspire to a career in childcare by developing and offering courses that adequately prepare graduates to perform well and take responsibility for the needs of those in their care. That is exactly what the Institute of Health and Nursing Australia (IHNA) is doing now. By teaming up with experts in the field such as childcare consultant and early childhood educator Bethany Stilo, IHNA has announced the accreditation of a Certificate III Early Childhood Education and Care, with further courses including a Diploma of Early Childhood education under development. Beth, who has extensive experience and credentials in the field, has been working in collaboration with IHNA’s own Jyoti Sarkhot, who on top of her qualifications and experience in early childhood education has also undertaken training and professional development in assistance to children with special needs. What will differentiate these courses is that they will emphasise quality of learning outcomes and be delivered by highly experienced and qualified educators and support staff. Building on IHNA’s established reputation for developing passionate, well-educated graduates in nursing and the other healthcare professions, IHNA is consulting broadly with employers in the childcare industry to ensure that graduates meet and exceed the high standards set by the industry.

As is the premise of this article, children are the future. They deserve the highest quality of care and as the childcare industry addresses this with an increasing degree of quality and sophistication, it requires education providers that are ready and willing to contribute not only to the size of the early childhood education workforce, but much more importantly to its quality.

The Conversation 2014, Not all vocational training providers are stacking up, viewed 4th December 2015, < http://theconversation.com/not-all-vocational-training-providers-are-stacking-up-32136>