According to the Australian Nursing Federation (ANF, 2012), which is the main representative body 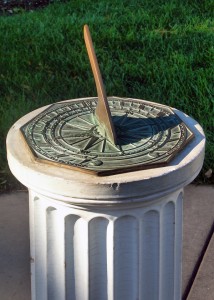 for Australian nurses, the average nurse in Australia in 2011 worked 32.8 hours a week. In Australia a full time load is considered 38 hours per week. This average therefore reflects the fact that a portion of nurses work on a part time basis. In fact in 2011 49% of Registered Nurses and 60.4% of Enrolled Nurses worked fewer than 35 hours a week, which is defined as part time. They cite the Australian Institute of Health and Welfare (AIHW, 2012) as the source for these figures.

So why do so many nurses in Australia work part time? With 38 hours defined as a full working week, Australian full time employees are working significantly fewer hours than those in other countries in the region such as Singapore and Indonesia, where most full time employees are at work 6 days per week. However, it is a long working week compared to some countries such as France, which has a 35 hour working week. Australian Nurses also work approximately half an hour per day more than Australian university academics. Nurses do not work especially long hours compared to other professions or overall by world standards. In Australia, part time workers are not paid any less per hour than their full time counterparts. Indeed those who work on a casual basis are awarded 25% casual loading.

Nursing is intense work. It requires intense concentration, awareness of numerous variables and perception of subtle signs both of a patient’s physiological condition and of matters they may be communicating on a non verbal level. All of this makes nursing intense work, so no doubt many nurses need a break.

Australian nurses are also predominantly female, despite efforts to encourage more men to study nursing. Women are statistically more likely to be in part time work than full, which is said to relate to expectations around family commitments, maternity and other social and political factors.