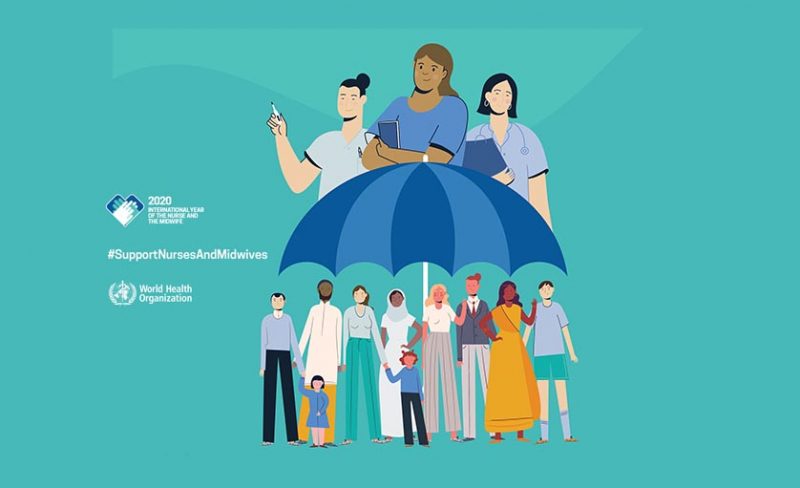 As today marks International Nurses Day 2020, I would like to reflect on the contributions made by nurses since the time of Florence Nightingale as well as their efforts in nursing the world back to health over the years, especially amidst the current COVID19 pandemic.

As most of us within the nursing world and beyond are aware, Florence Nightingale has been revered as the founder of modern nursing. Her most famous contribution, with assistance from her small team of nurses, led to a significant decline in the death rate of soldiers during the Crimean War. Since then, nurses around the world were influenced by the teachings of Florence Nightingale and were steadfast in modelling her behaviour, as she was known as a staunch supporter of good hand-washing, proper sanitation and sound preventive measures to combat infectious diseases.  In subsequent decades, nurses became central to addressing some of the world’s most infectious disease outbreaks such as H1N1 Swine Flu, Ebola, Severe Acute Respiratory Syndrome (SARS), and Middle East Respiratory Syndrome (MERS).

In May 2019, in recognition of the valuable contribution made by nurses, the World Health Organisation made a decision to designate 2020 as the Year of the Nurse and Midwife. There was unanimous agreement from health ministers around the world to provide a “once in a generation opportunity” to showcase nurses as well as midwivesand, at the same time, honour the 200th birthday of Florence Nightingale.

Fast forward to 2020 and who would have thought or imagined that the plans of the World Health Organisation to honour the 200th birthday of Florence Nightingale and nurses, would be overshadowed by a life threatening illness that was fast making its way to every part of the globe in the form of the COVID-19 pandemic thatwhich touched every level of society and produced staggering numbers of cases and deaths.

But amidst the crisis something quite unexpected happened. Just as this virus spread, it also brought to the forefront, in every region of the world, the role of nursing professionals. Nurses have always been known as the backbone of the health care industry but in response to this global health crisis, they went above and beyond doing whatever they could do, to combat the pandemic.  Hundreds of nurses volunteered to care for COVID-19 and other critically-ill patients, with some nurses stepping out of retirement to offer their expertise and skills during this dark period. These selfless  professionals went into battle each day on the front line in response to the pandemic, demonstrating their compassion, bravery and courage as they made meaningful impact by saving lives and keeping communities safer, while risking their own lives.

This powerful demonstration by nurses put them in the global spotlight in a way perhaps not even the World Health Organisation, with all its good intention, would have been able to showcase to the world.  Without even knowing it, nurses raised awareness of the value they brought to the medical field as well as the essential role they played in caring for patients and shaping the lives of others, thus earning the respect, praise, recognition and acknowledgment of people worldwide.  As encouraging as it was to see this show of appreciation towards nurses, it is hard to accept that it took the current situation for the value of nurses to be recognised, as it would appear that never before was the value of nurses more clearly demonstrated!

Sadly, many of our nursing colleagues amongst other healthcare workers lost their lives.Their sacrifice and dedication in caring for their patients must never be forgotten. Now, more than ever, is the perfect time to recognize the contributions made by all nurses throughout the world and let them know that we share in the pride of their commitment, dedication and professionalism.

Likewise, I would also like to acknowledge and thank all of my nursing colleagues at IHM and IHNA for their contribution to nursing. I would also like to remind them that they are a critical pillar of the health care industry. I feel so proud working amongst such passionate, skilled, professional people who are dedicating their time to foster IHM’s commitment to professional growth and development for nurses. While nurses and midwives currently make up nearly 50 percent of the global health workforce, it is estimated by the World Health Organization that without action, there will be a global shortfall of 4.6 million nurses by 2030. So to everyone out there who would like a career that is challenging, interesting and one that makes a difference to the lives of others, we hope to attract you into our nursing family.  The nursing profession is of a huge benefit to society and the role of the nurse has never been more important.

Happy International Nurses Day to all.